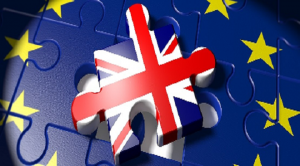 Britain’s new Prime Minister, Boris Johnson, is likely to create six new free ports with low or zero taxes if Britain leaves the EU without a deal on October 31st, claims the international parcel price comparison site ParcelHero. It says Boris’ seemingly ‘off-the-cuff’ reference in his acceptance speech outside No 10, ‘let us begin work now to create free ports that will drive growth and thousands of high-skilled jobs in left-behind areas’ is part of a fast developing plan to develop new global supply chains centred around UK Free Zones.’

Explains ParcelHero’s Head of Consumer Research, David Jinks MILT: ‘Boris’ plans for our post -EU future may, ironically, almost rely on there being no deal with the EU. There is no way the EU could ever sanction Free Zones in any nation tied into the Customs Union; it has placed them on a policy blacklist. So why is the new Cabinet likely to pursue these plans? While many UK businesses have been, rightly, concerned about new tariffs on British goods entering the EU, and whether there will be taxes introduced on EU goods entering the UK, it looks as if Boris’ plans for a post-Brexit Britain would actually try and exploit the fact the UK has, in his words “come out of the EU customs union and out of regulatory control, fully determined at last to take advantage of Brexit.’

Adds David: ‘ParcelHero delivers into many free ports and airport zones across the world where businesses are offered tax concessions and customs duty benefits – many offering zero duties and customs fees. Often they are in so-called ‘developing countries’ but many extremely wealthy nations have also adopted them. One notable example is Dubai’s Jebel Ali Port Free Zone and Dubai Airport Free Zone. Overseas companies based in these zones can be 100% foreign owned, pay no corporation tax, face no restrictions on the movement of money and are, of course, exempt from import or export taxes in the Airport Free Zone. Across the UAE there are many similar zones.’

Earlier this month Boris Johnson said: “We should definitely be doing freeports and tax-free zones. They have delivered around the world. I think there are around 130 countries that have them. We don’t, because of our membership of the EU. And there are plainly areas that would benefit from them.” And has also stated he wants to see ‘around six’ of these ports, would be “a massive boost to this economy”.

Of course many international businesses base themselves in free port zones to have unfettered access to markets without financial or legal burdens. And such areas have become very prosperous and easy to serve for exporters and importers, benefiting the host nation. But the EU has already said such schemes are ‘potentially vulnerable to money laundering or terrorism financing’ and has put free ports on its blacklist. They have even asked for commitments in writing during Brexit negotiations that Britain would not adopt radical deregulation if it wants to retain its access to EU markets.’

Concludes David: ‘Just a few months ago the now sacked Transport Minister Chris Grayling couldn’t even put together a working ports plan that didn’t involve using a ferry operator without any ships and that ended up with Eurotunnel suing the Government. Now the new-look Government is centring an entirely new and radical new trade approach around Britain’s ports. ParcelHero welcomes all moves that eliminate red tape and tariffs at borders, but how this plan will help Britain’s SME businesses and the wider economy very much remains to be seen.’