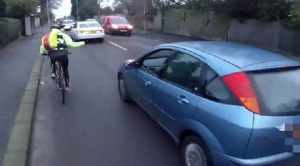 A landmark legal case in which a driver was privately prosecuted after being in a collision which killed a cyclist could be the first of many, a legal expert believes.

Britain’s first crowdfunded prosecution ended last week with defendant Gail Purcell being acquitted when the jury said she was not guilty of killing a cyclist by dangerous driving.

Ms Purcell, a 59-year-old hairdresser from St Albans, was cleared within minutes after the jury concluded she was not responsible for the collision which killed cyclist Michael Mason in February 2014 in central London.

The case was brought by The Cyclists’ Defence Fund, a subsidiary of the Cycling UK charity, after the CPS decided not to prosecute Ms Purcell. The fund raised £80,000 through online crowdfunding in order to privately prosecute her.

Sean Joyce, Head of Regulatory and Criminal Justice at national law firm Stephensons, said: “While criminal prosecutions brought by private citizens or special interest groups are nothing new, the case of Gail Purcell and Michael Mason, is likely to be the first of many similar cases to come.

“I think we are going to see a rise in private prosecutions – including cases where cyclists and pedestrians are involved in collisions – where the state decides not to act.

“Public funding for criminal cases has been cut back in recent years so the police and CPS are now much more selective about which cases they bring to court.

“At the same time, it has become much easier to raise funds privately via the internet, as happened in this case. This landmark case could mean more private citizens and special interest groups – like the Cyclists Defence Fund –  take this route to fund legal action in the future.

“However, this doesn’t mean there will be more convictions. Private prosecutions are inherently weaker and more likely to fail than public prosecutions for a couple of reasons.

“While we cannot be sure in this particular case, usually, if the case is strong enough, the police would choose to pursue it in the first instance. Also, private prosecutions can’t call on the considerable resources of the police to gather evidence and put together a comprehensive case.

“In this particular case, the time taken by the jury to decide – just 17 minutes – could be taken to indicate that the case for prosecution had not been strong enough to give a good chance of conviction in the first place.

“Another issue with private prosecutions is that the costs, if you lose, can be crippling. In state prosecutions, the CPS can afford to absorb these.

“So private prosecutions are not necessarily a complete solution when people feel justice has been denied.”