MD of leading independent logistics operator Europa Worldwide Group, Andrew Baxter, has launched a major campaign to tackle the traffic jams at the Dartford Tunnel – by proposing that all oversized and hazardous goods vehicles are redirected the other way around the M25.

The Dartford Crossing (which is close to Europa’s £30m 1hub headquarters) is a notoriously busy route that is brought to a standstill on a daily basis, because every time an oversized or hazardous goods vehicle enters the crossing it needs to be escorted in a convoy – which means all other traffic has to stop.

Andrew Baxter has a proposal which he says will potentially remove up to 2.5 hours of traffic jams at the Dartford Tunnel each day.

He said: “Much has been reported in the local and national media about the issue of utter traffic chaos on a daily basis at the Dartford Tunnel. Highways England says it is putting a series of measures in place to try to better the situation. However, it is not looking into my proposal, which baffles me.

“When a vehicle which is oversized or carrying hazardous goods enters the crossing, it needs to be escorted in a convoy. Whenever there is a convoy, all other traffic has to stop. On average, 100 convoys go through the crossing a day – and traffic has to stop to accommodate them.” This means that one of the tunnels is closed every 15 minutes on average.

Highways England has stated that traffic stops for between 1.5 and 2.5 minutes every time there is a convoy.

Andrew added: “In total, convoy vehicles represent less than 1% of the total traffic through the tunnel, therefore it seems unjust to me that 99% of vehicles are delayed to accommodate them.

“As a business owner, I think this makes business sense. Sitting still in traffic is frustrating for everyone. It damages the environment. It slows business down and costs businesses money. It means people are late for important appointments every single day of the year.”

Andrew added that another important factor to easing traffic flow at the tunnels was for an official investigation to be launched into the height restriction on the left hand tunnel, because currently, vehicles in excess of 4.8m cannot use the left tunnel.

Andrew said: “I believe there should be a full investigation into increasing the height restriction in the left tunnel by 5cm. This would mean both tunnels could be used by standard double decked trailers which are 4.85m tall. I would like to know if it is possible to adjust or replace the fans and other equipment in the left tunnel with less space intensive units. This has never been investigated, which I think is shocking.

“Obviously I welcome the government’s Option C proposal, however this will not be up and running for at least eight years. Clearly we cannot accept the status quo in the meantime. I’m encouraging people to sign our petition to Stop The Convoys because I’m confident that if we do, we can more or less remove the congestion at the Dartford Tunnel.” 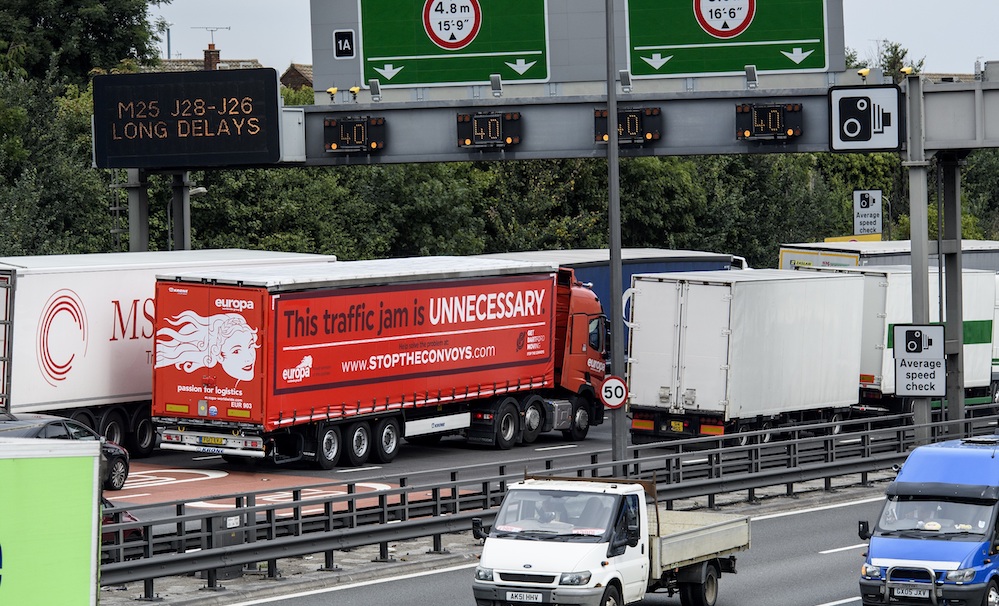