“Volvo is now our preferred commercial vehicle brand and its products have performed very well with few problems,” notes David Bayliss, Commercial Director at PGS Global Logistics, adding, “All our tractor units are now Volvo and our driver retention figures have also improved thanks to the marque.”

Since PGS Global Logistics’ first Volvo truck arrived in 2010, the marque has had a continuous presence in this 46-strong truck fleet ever since, so the Birmingham ‘Born and Bred’ murals on their new truck – drawn by local artist David Churchard – just go to show this operation’s pride in where it comes from and a nod to where it’s going.

Birmingham icons such as Peaky Blinders, The Electric Light Orchestra (ELO), Lord of the Rings and Ozzie Osbourne dominate the cab’s offside, while cityscape landmarks such as the futuristic Selfridges store and the Rotunda are showcased on the nearside. The latter design tracks the progress of innovation, creativity and entrepreneurial spirit that was the cradle of Britain’s Industrial Revolution and the place that also gave birth to PGS Global Logistics.

“Birmingham is where it all started for us, so the city is integral in our past, present and future. We wanted to mark that in some lasting way for our 25th anniversary. The new Volvo is a real head turner,” declares David Bayliss. 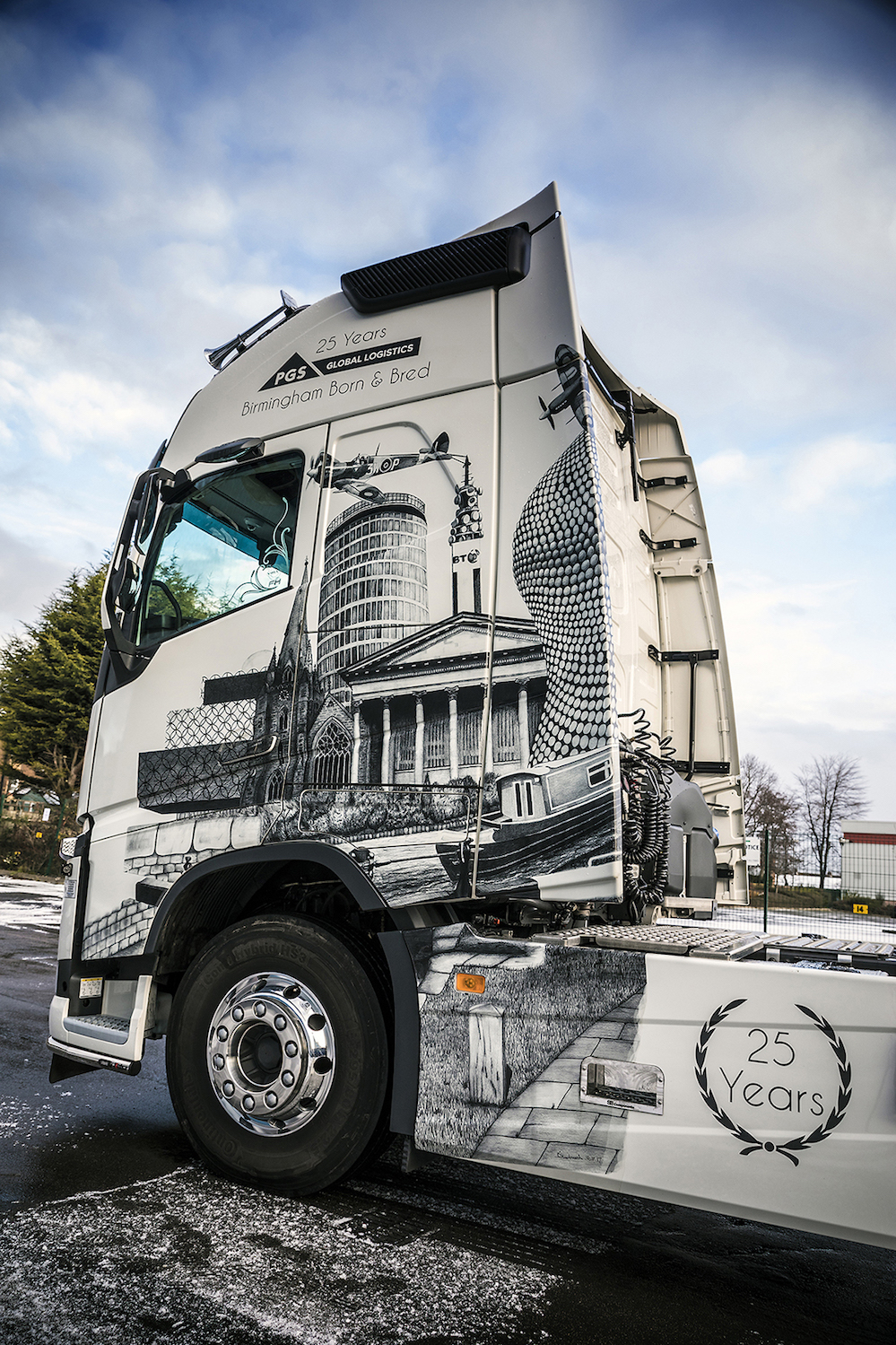 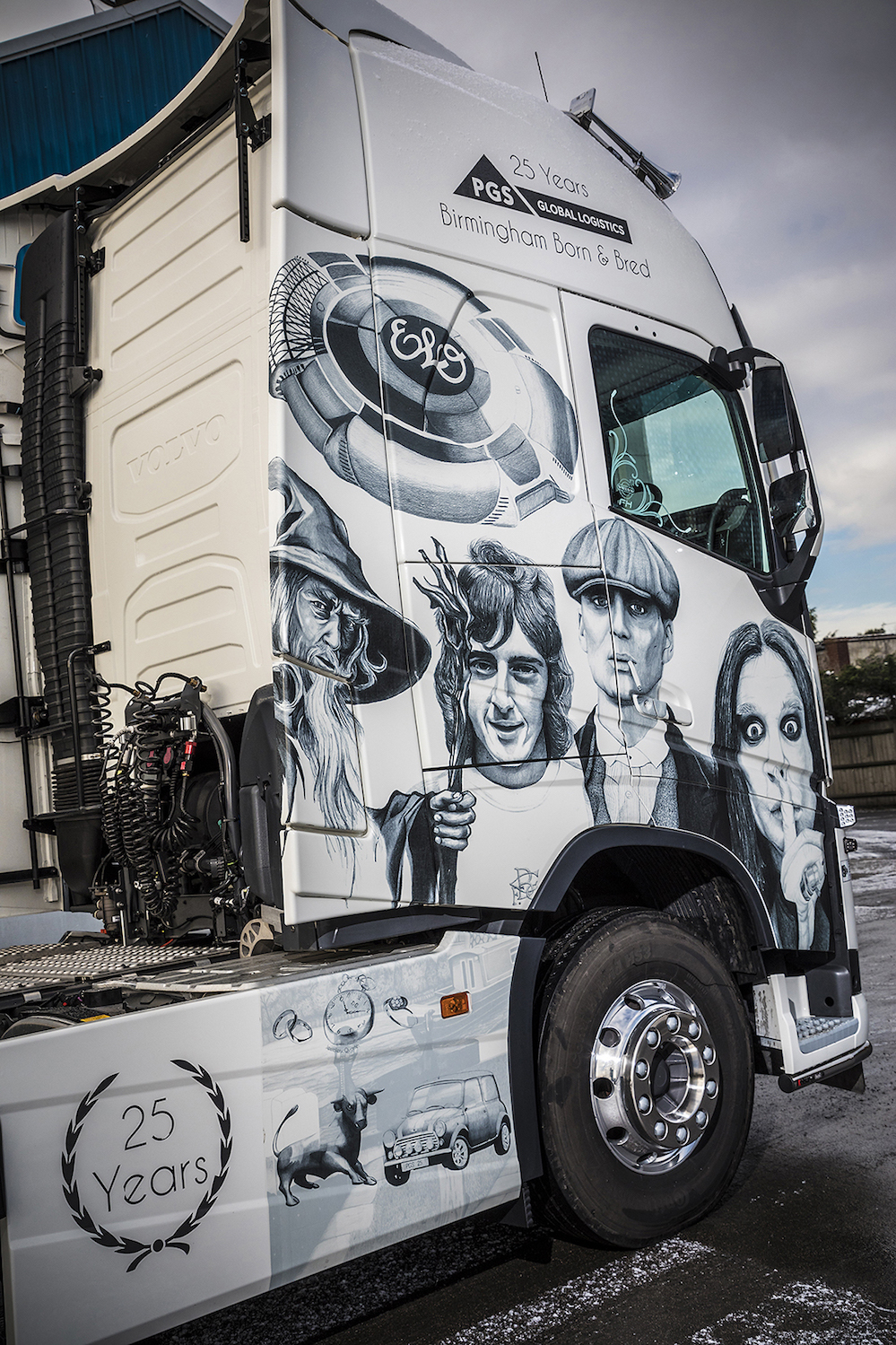