Brian Yeardley Continental, already regarded as operating one of the highest profile advanced fleets of international mega trucks and trailers in Europe, is adding three New XF 480 FT low-deck tractor units to its fleet – the first to be delivered in the UK. Kevin Hopper, managing director of the business, says he expects, “more to come if the success of the initial fleet additions lives up to expectations”.

Alongside the EU spec with left-hand-drive cabs and 950mm fifth-wheel height, Hopper has ordered the New XFs with Super Space Cabs and the latest PACCAR MX-13, 480bhp engines. He says, “We have a history of running higher power engines in our fleet, on the basis that lower revving engines will generally deliver better economy. However, I was convinced by [supplying DAF Dealer] Lancashire DAF, who were very involved and helpful in getting the spec sorted out, that the 480 will give us all the power we need and much improved fuel economy. To date, the first truck in service is certainly living up to that expectation. I have driven the New XF for myself, and I am very pleased with the new TraXon gearbox as well. It is as good as anything on the market – a very seamless shift. Even fully loaded, with the new engine, new long-range diff and this new box, the truck was running at least 200rpm lower than our current trucks.” 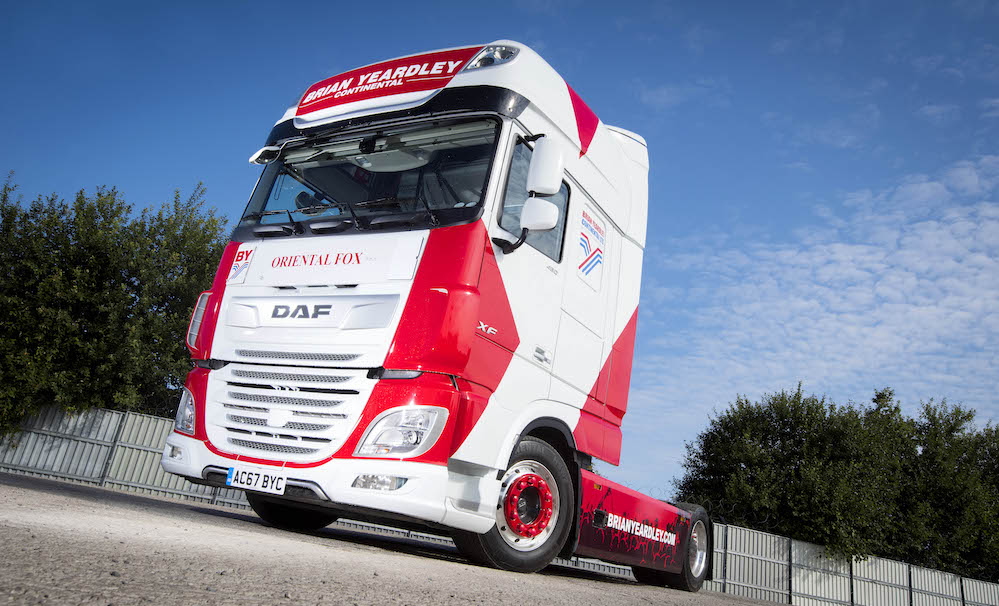 Brian Yeardley drivers are already excited by the new additions. The driver of the first vehicle to arrive took himself into Kevin Hopper’s office to say ‘Thanks boss, what a machine!’ “That hasn’t happened to me very often,” said Hopper, adding, “Safety, both of our drivers and vehicles is a major focus for us as a business. I think DAF has been working very hard to get to the front rank of manufacturers in this respect, but I believe they are there now and that certainly ticked a very important box for me.”

With operations spread across the major mainland European countries for its business in automotive parts, white goods and other ‘just in time industries”, the operator has been growing strongly in recent times with what it describes as ‘four new blue-chip customers’. In this environment, Hopper sets the highest standards for reliability across his fleet.

“Anything mechanical can suffer an unexpected breakdown,” he says, “but it’s what happens when that occurs that’s important to me. We have experienced real problems in our existing fleet with what are best described as ‘mixed’ performance levels from manufacturers and their dealer breakdown and parts networks. When you have trucks running all over Europe, you can’t have this – and we have had everything from shockingly poor parts availability, to dealers who simply seem to add call-outs to their list of things to do when they can get around to it. That simply isn’t good enough. DAFaid has shown itself in the past to be an outstanding 24/7 operation, with good parts availability across the UK and, more importantly for us, its European network, and a willingness to keep any disruption of our services to a minimum. That, just as much as the quality of the New XF, has won them this order and our strong interest in the XF going forward.”

Alongside its general cargo continental haulage business, the company has seen strong growth in its ‘TRUCKINGBY Brian Yeardley’ brand, which specialises in live event logistics. The operator has a dedicated fleet that has already run to countries Hopper freely admits, “We haven’t been to before in over 40 years of operation”. Latvia, Lithuania, Croatia, Bulgaria, Russia, Finland to name a few – all have been visited successfully by the TRUCKINGBY Brian Yeardley fleet in the past 24 months. Says Kevin Hopper, “Just like our regular haulage operations, these event trucks cannot be held up by poor on-road emergency support.” 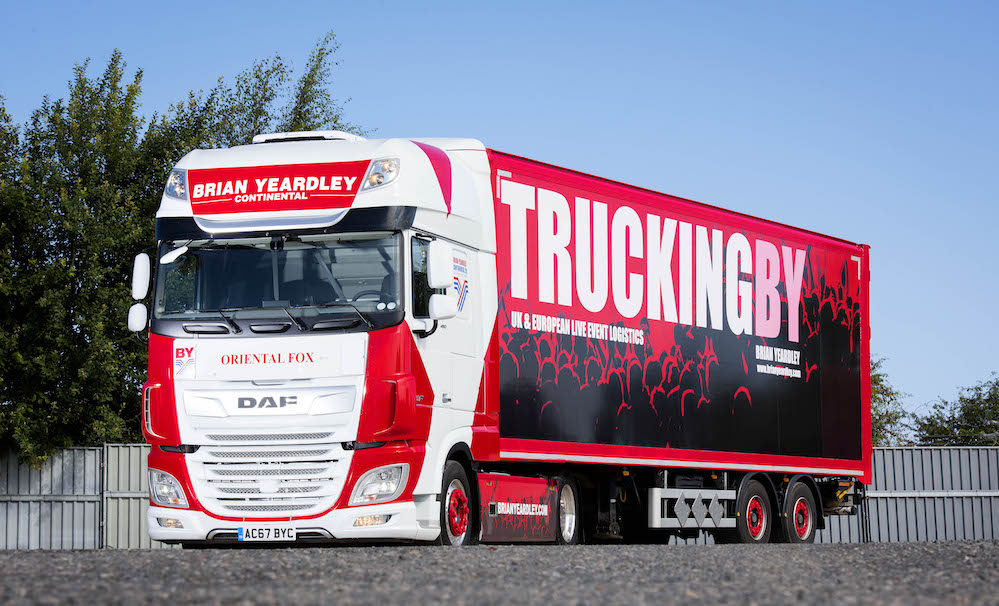