Demand for rigid vehicles declined -5.0% in the year, with a -2.1% fall in the >6-16T segment and a -6.7% decrease in registrations of >16T vehicles. Meanwhile, demand for artic vehicles remained steady, finishing the year up 0.8% at 19,510 units. Tractors continued to be the most popular choice, accounting for 43.1% of the market, while dropside trucks also boosted their share, rising 9.2%. However, refuse disposal vehicles experienced the biggest increase in demand, up 22.7% compared with 2016.

Mike Hawes, SMMT Chief Executive, said, “Following two years of robust growth and the long cycles involved in heavy goods fleet renewal, it’s no surprise to see deliveries fall in 2017. However, declining operator confidence is also starting to take its toll on demand. To avoid long-term disruption, government must address economic and political concerns and restore the business certainty needed for this important market to prosper.” 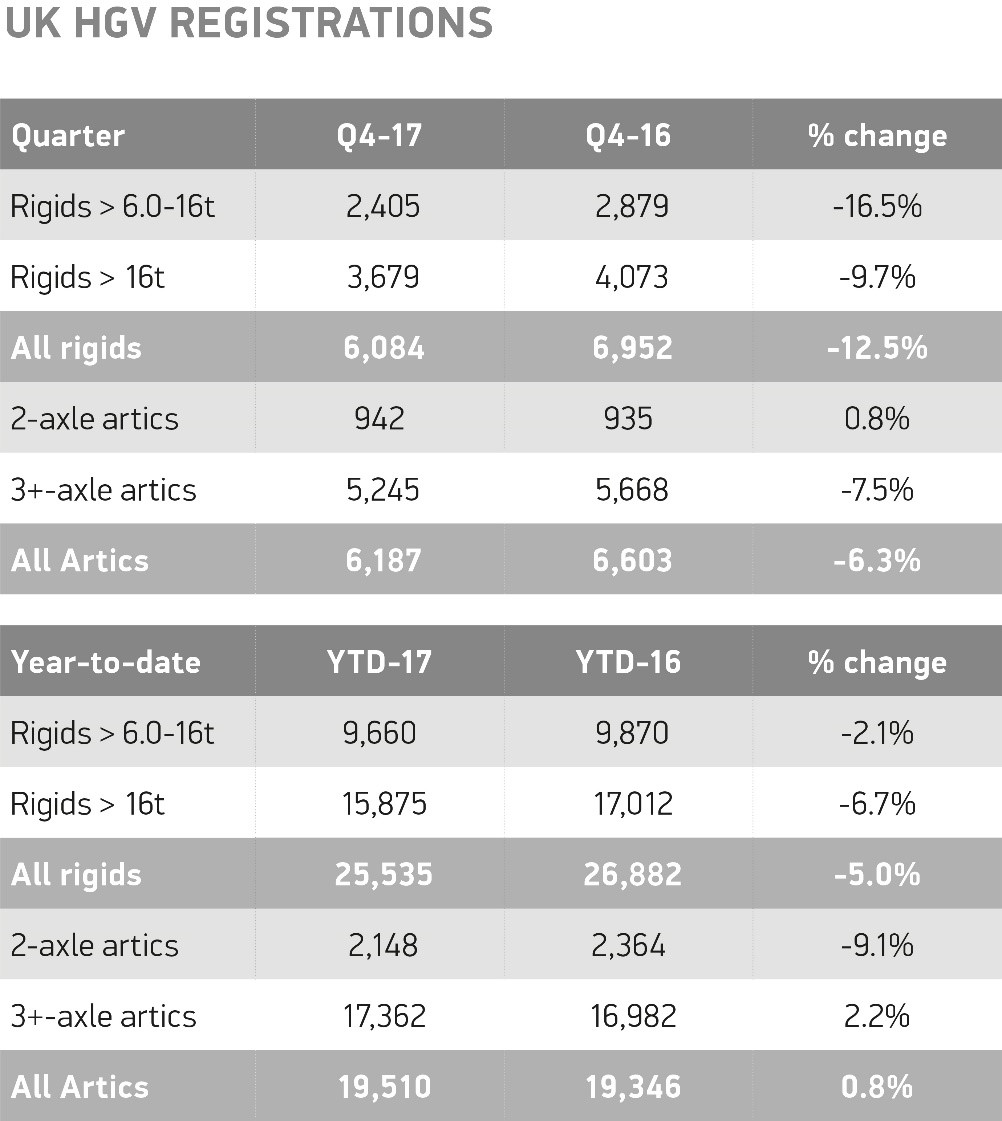