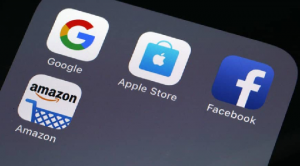 The e-commerce home delivery specialist ParcelHero says Chancellor Hammond’s decision to push for an international tax on web giants at the G7 Finance Ministers’ meeting today (17 July), and his earlier announcement of a new independent British ‘Amazon Tax’  on the very day  President Trump threatened new trade sanctions against France because of its new homespun digital tax,  are ‘dogmatic and potentially dangerous to post-Brexit trade.’

ParcelHero’s Head of Consumer Services, David Jinks MILT, warns: ‘In the dying days of this Cabinet, the current Chancellor is still determined to push through his new unilateral digital tax, regardless of potential consequences and whether the rest of the G7 follow suit. Mr Hammond is trying to force the G7’s hand by introducing a ‘go-it-alone’ web tax. The Chancellor claims the new tax will help save the High Street; but the chief problem facing town centre stores is not online shoppers; it’s Britain’s X-rated horror business rates: the highest in Europe. In our industry Study – The Digital Tax: To Save A Sinking Ship, Would You Torpedo Another? – released when the Chancellor first mooted his Digital Tax Plan, we revealed Business Rates have grown into a massive tax collection vehicle for government, raising an eye-watering £25bn a year for the Treasury. The Government is seeking to make e-commerce the scapegoat for the collapse of the High Street when it is sky-high business rates and a lack of investment that are largely to blame for closing stores.’

Explains David: ‘Chancellor Hammond says his new Digital Services Tax will rake in £440m a year by 2023, and will apply to international search engines, social media platforms and online marketplaces with a global revenue of £500 million and UK revenues of more than £25 million. But the US Government has already made it known it believes the new  2% duty on turnover would unfairly target US companies, and is considering sanctions on France because of its similar new homegrown international web tax. This is not a great position for the UK to start any new post-no deal Brexit trade negotiations.

As usual, it is the consumer that will pay the price: ‘No global company is going to lie back and lose this kind of money without putting up its prices to compensate. It will be the online shopper who pays the price, not commercial giants such as Facebook or Amazon. And, in the meantime, UK commercial property taxes are the highest in Europe, forcing 200,000 businesses into facing a magistrate for not paying their business rates in 2017-18. One in every six commercial properties received a summons to appear before a magistrate last year.’

David has a final warning on the future implications of a new digital tax: ‘While many people may indeed believe tax should be paid by global giants in the country where the money is spent, what is to stop ‘mission creep’ by future Governments? How long before the digital tax starts to spread to smaller e-commerce companies? Governments frequently change taxes’ function subtly. A digital services tax is likely to be spread to UK e-commerce companies over time ‘to level the playing field’ with High Street stores; but we must not forget the most successful High Street retail businesses today have a mix of physical store and e-commerce sales. Multiplatform sales are the key to a thriving modern retail business. Will a new digital sales tax eventually apply to online sales for businesses with High Street stores as well as pureplay online businesses? It’s certainly possible. In which case those retailers now weathering the business rates storm could be hit by even more taxes.’