“We need to continue the improvement in London’s air quality which is happening anyway, but this regulation taking effect in 2019 will severely disadvantage small businesses working in the capital’s centre,” says Natalie Chapman, FTA’s Head of Policy for London and the South East.  “The impact will be especially hard for van users, as by 2019 there will only be two and a half years’ worth of compliant vehicles in the fleet – and no second hand compliant vehicles available for purchase at all.” read more

To celebrate 70 years in business, Dumbarton-based haulier Galt Transport has created a specially designed truck to mark their platinum anniversary.  The vinyl-wrapped vehicle features a large scale design of the company’s 70th anniversary emblem.  The truck, a Scania R490 with Palfinger lorry mounted crane, is one of four new lorry mounted cranes added to Galt’s fleet this year.  The firm’s 70themblem has also been applied to the cabs of the firm’s 60-strong fleet and staff uniforms. read more

Wincanton plc, the largest British logistics company, today announces a new contract with Britvic, one of the largest suppliers of still and carbonated soft drinks in the UK. The new contract extends the relationship to 29 years.

Under the new five-year contract, Wincanton will manage Britvic’s national transport operations and oversee the company’s deliveries and stock movements across the UK, handling over 100,000 deliveries a year. Wincanton has also renewed the existing contract to run Britvic’s warehouse in Lutterworth. read more 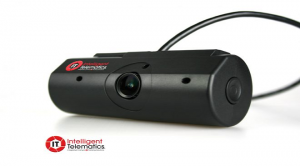 Intelligent Telematics, the 3G vehicle camera specialist, has been shortlisted by Insurance Times’ Claims Excellence Awards for its industry-first proactive claims management service. The company is a finalist in the Claims Technology Initiative of the Year category, with the winner set to be announced in May at a prestigious awards dinner in London.

Intelligent Telematics launched the proactive claims management proposition during 2016, which is the only service of its kind for commercial motor fleets that takes advantage of 3G vehicle cameras and crash detection technology. This complete solution provides immediate liability assessment and third-party intervention to reduce indemnity spend and the claims lifecycle, helping commercial vehicle fleets to operate in a profitable, compliant and socially responsible way. read more

DHL Global Forwarding has certified its air freight station in Leipzig according to the CEIV Pharma Standard of the International Air Transport Association (IATA).
Source: Post and Parcel

Scotland’s deepest container terminal expects to double its business in the next five years thanks to the opening of £400m ‘sister’ terminal – Liverpool2.

Owned by Peel Ports, Greenock Ocean Terminal – recognised across the world for its role in exporting goods including Scotch whisky and Scottish food stuffs – has projected that it will handle 200,000 TEU (twenty foot equivalent units) containers a year by 2021, representing a 100% increase on today’s 100,000 units.

Andrew Hemphill, Port Director, Peel Ports’ Clydeport explains: “The opening of Liverpool2 has transformed the playing field for us, bringing deep-sea connections much closer to Scotland and we are now in a unique position thanks to our Irish Sea Hubs. Mega ocean container ships can now call directly into Liverpool, which acts as a feeder hub to us in Greenock, Ireland and Manchester, allowing closer import and export routes to market. read more

The Mayor of London, Sadiq Khan, has announced plans to make the most-polluting vehicles pay a daily charge to enter central London.
Source: Post and Parcel